Man, I’m in a dark and strange mood this morning. I shouldn’t be. It’s gorgeous out there.

I live in Arizona and it’s May 19 and we’ve been sleeping with the windows open. It’s been like this for almost two weeks. The bedroom air is slightly chilly in the morning, so I reach for a light robe. This bizarre behavior can only mean one thing: we’re entering a new Ice Age.

It’s not just at night, either. After I get up, I go around the house and open one or two other windows and the front door, and leave them open for a good half-day, if not longer. I open them again in the evenings. This, my friends in other places, is paradise. We desert-dwellers love the desert, but we also love an unseasonably cool breeze through our security screen doors.

For posterity, here’s me this morning: 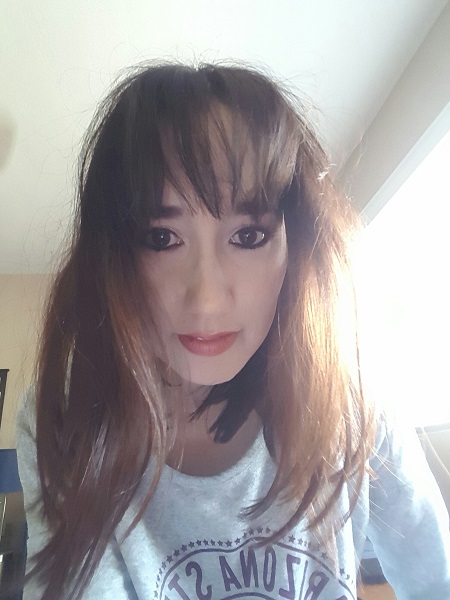 At the same time, awful things have been happening in the world, including the recent and tragic departure of Chris Cornell, whose widespread fame was launched with his Seattle grunge band Soundgarden. His death was not only shocking and sad, but also somewhat alarming for we “lost ones” of Generation X.

When you spend your childhood in the 70’s, your teens in the 80’s, and your twenties in the 90’s –and when the 90’s was your favorite decade, and Ten is one of your all-time favorite albums – the untimely deaths of icons like Kurt Cobain and Chris Cornell are sobering. It makes you want to watch Singles (older Gen-Xers), Reality Bites (younger Gen-Xers), and Office Space all day, kicked back on the couch eating chips and not looking for a job, all of us stereotypical, slovenly losers and slackers of Generation X.

Should I complete my own stereotype as a Gen-X writer and install a coffee pot on my desk?

Should I stare off into space and then write a letter? (“Dear Eddie Vedder: please don’t.”)

But I’m lucky. My depression is under control. I’m okay. We’re okay. Everything is okay. Everything is fine, despite global shenanigans at the highest levels of power, shenanigans of which there’s no need to speak. It’s like that one meme… that one where the dog is sitting in a house that’s burning down around him, and then he perks up and says, “This is fine.”

That’s a sign of our times, though, isn’t it? “Okay” and “fine” have long since been code for “things aren’t exactly hunky-dory.”

Commence questioning all of your life choices as you’re prompted to consider why you said just “okay.” You can’t be okay if you say you’re okay, because okay isn’t good enough. To tell the well-meaning inquirer that you’re okay is to send yourself an invitation to spill all of your not-okayness right there in the office hallway on your way to the water cooler.

Is this the product of a society defined by extremes? If we’re not flying high on the vaporous joy of life at all times, then something is wrong?

Maybe this entire post was a sort of tangent. Maybe I just wanted to say, Rest in Peace, Chris Cornell.

6 thoughts on “Rest in Peace, Chris Cornell. (And Gen-X. And okayness.)”