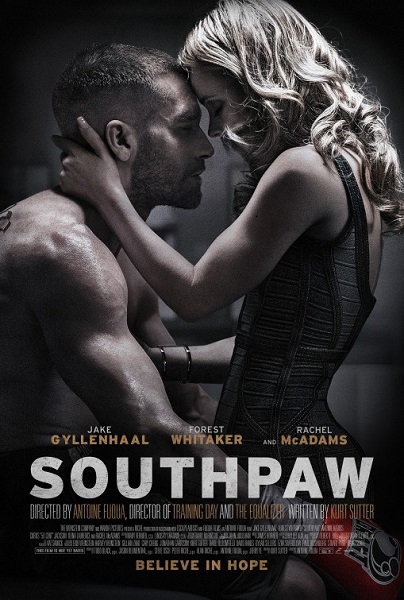 It seems like a long time ago that an upcoming boxing drama called Southpaw crossed our radar… or, rather, a long time since we found out that Jake Gyllenhaal, one of our favorite actors (we’ve never seen a film of his we haven’t enjoyed), would be portraying a boxer called Billy “The Great” Hope. We went online and found a photo of his Southpaw physique, and we hardly recognized him. Needless to say, we were stoked. 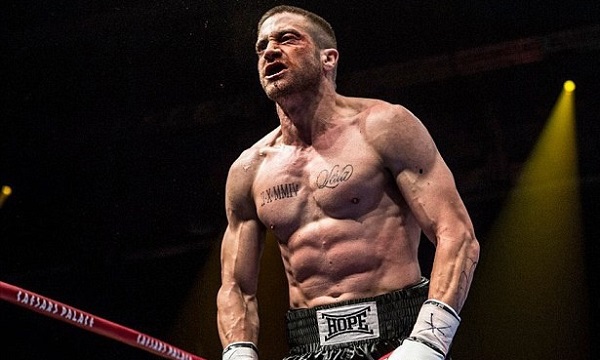 We admire Gyllenhaal because he’s consistently good, and he has a knack for choosing solid projects. He has depth. He has range. But we’d never seen his range extend into action/sports hero territory, and he’d never been an actor I’d expect to see in a gritty, testosterone-driven role such as that of Billy “The Great” Hope. Along with the rest of the world, we were eager to find out how he did. How he did was he went out and trained obsessively and developed himself the bod and the skills, and he smashed it. 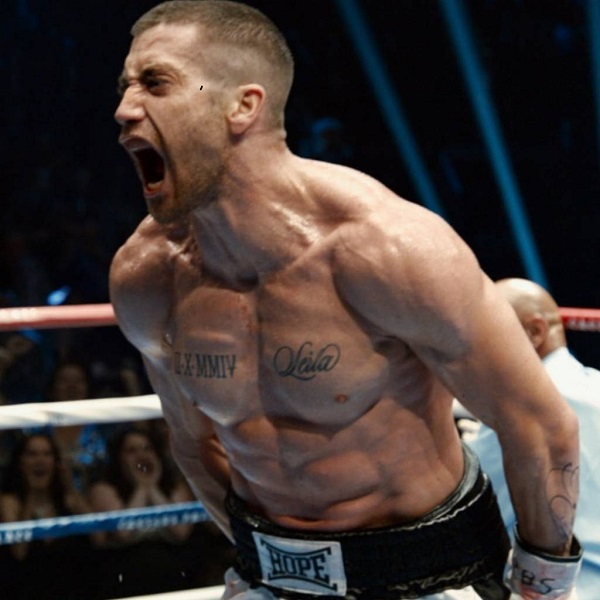 Some actors, you can see how they come to casting directors’ minds for such roles: Robert De Niro in Raging Bull, Sylvester Stallone in Rocky, Russell Crowe in Cinderlla Man, Michael Jai White in Blood and Bone, Mickey Rourke in The Wrestler, and Mark Wahlberg in The Fighter, for instance. Then you have excellent but unexpected choices, like Will Smith, who bulked up and trained to play Ali and nailed it, killing everyone’s skepticism (that marked the beginning of Smith’s action hero career, didn’t it?)… and now, Gyllenhaal, who does the same in Southpaw.

There are several ways you can describe Southpaw. It’s a fight movie, a boxing drama, a story of redemption, a vendetta movie, a come-back story… and it’s a family drama.

Here, I have to say that fight movies – especially the ones about boxing – always carry a note of sentimental value for me, so I can’t approach them unbiased. I’ve mentioned before how my fascination with boxing began in early childhood, growing up in the 70’s sitting in front of the T.V. with Dad on Saturday afternoons watching the likes of Ali, Frazier, Foreman, Duran, and Hagler, and into the 80’s with Sugar Ray Leonard and Thomas Hearns (not to mention Howard Cosell throughout it all) on ABC’s Wide World of Sports. Because of those intervals of bonding with Dad throughout my grade school years, I’ve loved the “the sweet science” of boxing for as long as I can remember.

Because I watched the film through the lens of some of my fondest childhood memories, I saw Southpaw as more of a family drama than as a straight-up fight movie. Southpaw is a simple story about a father-daughter relationship and how it was both shaken and healed by boxing. My own enduring affection for the sport of boxing was inspired by my father when I was a young girl of the same age as Billy Hope’s daughter. Unsurprisingly, I found the drama of that relationship to be the most inspired theme in the film.

Nevertheless, Southpaw follows a standard fight-movie formula; fortunately, it does its thing exceptionally well. It transcends the mundanity of its story with great acting and all the technical trimmings of the film-making craft. Neither Callaghan nor I had trouble forgiving the film its baldly formulaic plot, because if you turn it upside down, you can see that the formula works in Southpaw’s favor in some ways. It relieves the film of obligations to be fresh, and it opens up space for the characters and conflicts to develop. It’s telling an old story rife with clichés, and the refreshing part is seeing it done so well.

Family drama aspect aside, Southpaw’s boxing scenes are beautifully filmed and keenly impactful, and we found ourselves on edge even if we could predict the outcome of the bouts. Much of the movie is painful to watch. Southpaw is relentless, a film that needs no time to find its footing, gliding into its rhythm right from the outset. I’d love to watch Southpaw contend for Academy awards, and I think it could, considering the talent that infuses it: Director Antoine Fuqua (Training Day, The Equalizer); actors such as Forest Whitaker and Rachel McAdams, and, of course, Gyllenhaal. Then there’s the music by James Horner (the film was dedicated to his memory) and Eminem’s contribution of four songs, including “Phenomenal” and “Kings Never Die”… and the fact that the film was brought to us courtesy of the Weinstein Company.

Of all his memorable quotes, Muhammad Ali is perhaps most famous for proclaiming that he’d “Float like a butterfly, sting like a bee,” and that’s what Southpaw does. It floats along on its easy, predictable plot, but in the end, it’s a knock-out.

Merry Christmas, everyone! We spent the holidays visiting with family and friends scattered around the French Riviera. The weather was gorgeous. We enjoyed two days of great times and merriment and family drama. (What are holidays without family drama? Incomplete!) Everyone is in good health and doing well, and that’s the most important thing. I hope you can say the same thing about your loved ones.

Here’s some traditional French Christmas cake for you: 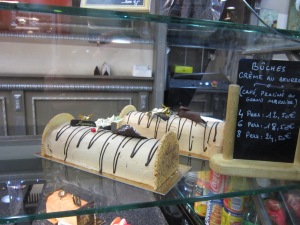 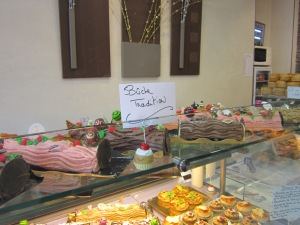 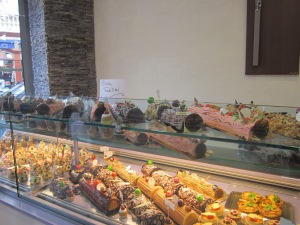 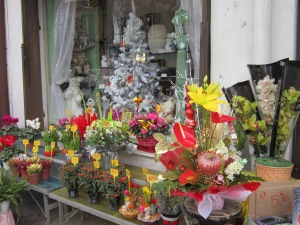 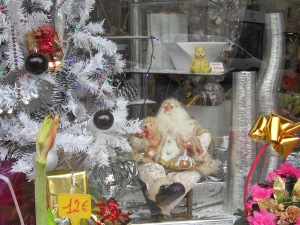 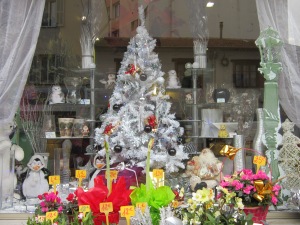