This is for anyone who’s decided to start working out, has started working out, and is now wondering, “How can I continue to do it?” 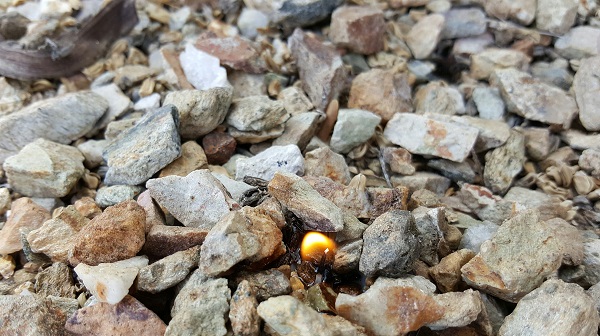 Don’t compare yourself to others.

Those people working out around you? Ignore them.

2). My second suggestion is the one that’s the most important to me, personally:

Focus on the fight in front of you.

Don’t focus on all the fights, all at once. Just on the one directly in front of you right now.

If you balk at the word “fight,” remember that “fight” is a common word, and that most of the time, we don’t use it in a violently combative sense.

Fight cancer, fight fatigue, fight the urge to laugh, fight the impulse to say what you’re thinking, fight for air. Fight for equality and justice and rights, if you’re so inclined. Fight for your family. Fight to defend yourself. Fight to stay alive. Fight back.

Fighting is a mental endeavor, first and foremost.

When someone says, “You have a lot of fight in you,” that’s high praise. It suggests that you’re mentally strong. You persevere. You don’t give up. You’re brave.

Imagine taking that perseverance and bravery with you when you go to work out. Imagine setting small goals to achieve your long-term goal in increments. Each small goal is a fight. Focus on it, and you may find that your interest is held because you’re immersed in a moment that has an end goal.

Fitness goals come from somewhere. They come from your mind. They come about because you’ve thought about them. You had a thought that became a decision that led to the statement “I’m going to work out.”

That’s a testament to your strength, already! You’ve declared that you’re going to work out, and it was your mind that got you over that hurdle. Your mind already did the hardest part, so you can trust it to help you follow through.

What about confidence, though?

I remove confidence from the equation because I don’t consider it to be the means to an end. I would suggest, “Just focus on what you’re doing. Don’t worry about confidence.”

After your workout, you can exult in the confidence you’ve gained knowing that you gave your ALL to that workout.

Your confidence will increase each time, developing gradually as a result of what you’re doing. Eventually, you’ll carry it with you into your workouts without even knowing it. It becomes a force that you can access subconsciously.

Going into your fitness endeavor trying to believe “I’m confident” is setting yourself up to focus on that. Your focus should be on what you’re doing, not on how you think you should be feeling.