Today, instead of “December Favorites,” I’m diving right into my top favorite little things (some not so little!) of the year that just ended. These are my favorites of the favorites… if some of them are from December, you wouldn’t have seen them here before.

If you’re curious or you just enjoy these “Favorites” posts, read on! Here are the things I loved the most in 2015:

2015 Highlights: Outfitting our garage as a home gym in January and adopting Nenette on the 4th of July were definitely high points!

Four images and a video clip:

We’re enjoying our home gym immensely now that it’s not 110 degrees. The heat kept us out of the garage all summer. This year, we have a plan for making the space tolerable during the hot months, so we won’t have to stop training in there for so long.

Home gym in the garage, one year later.

Meanwhile, Nenette says, “Don’t breed or buy while homeless animals die. Adopt a pet and save a life.”

What really happened to Kurt Cobain? The makers of Soaked in Bleach lay it all out. They don’t draw a conclusion, but the evidence, if it is what they say it is, is damning. This excellent documentary reveals details surrounding Cobain’s death that shocked us, quite frankly. I highly recommend this film, even if you don’t know or care about Kurt Cobain or Nirvana or music. 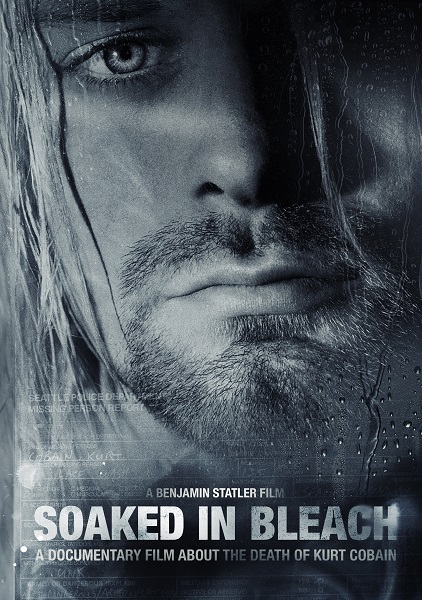 The final episode of Hannibal was glorious… 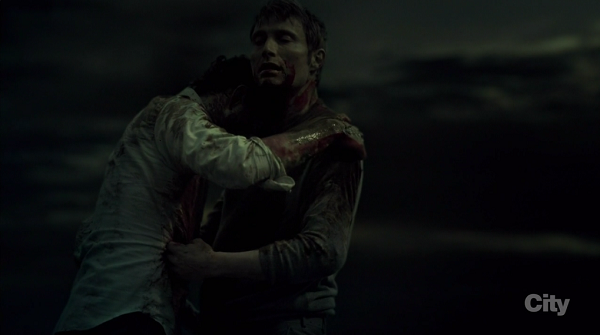 Maybe the most beautiful scene I’ve ever viewed in a television series. (Hannibal)

And The Affair? Its opening sequence’s images paired with the music and lyrics of Fiona Apple’s song (“Container,” which she wrote specifically for The Affair) become increasingly spooky and suggestive of clues as the story develops. By the middle of Season 2, we found ourselves replaying the opening from time to time, stopping and starting to search the images for answers. It’s haunting. It gives me chills. I love it.

(Don’t even get me started on Maura Tierney’s great performance, especially when she sings Lucinda Williams’ “Changed the Locks” in S2, Episode 4.)

HOWEVER, if I had to pick just ONE series as my current number one favorite, I’d have to say it’s Empire. If you’re a Shakespeare fan, you’ll love it, too, or you’ll at least see where I’m coming from. And Taraji P. Henson as Cookie is phenomenal.

*Kenzo’s perfumes aren’t tested on animals, and I’m glad because this perfume I’m wearing now was a gift. I adore the fragrance. I wouldn’t want it to collect dust.

My favorite “Little Things” of June were mostly edible… succulent yellow nectarines, crisp, white nectarines and peaches, and white corn, too. Family and food. They go together. One major personal development for me in June was that when my parents were here, I ventured into Costco, and I didn’t have a panic attack! I don’t know how. It was like, that whole Costco thing was an irrational trigger that just ran its course.

So food was central, but let’s start with…

Netflix released season one of this series early in June, and it came to our attention, so we found it and watched it on the site we use to watch T.V. shows (we no longer have Netflix). Our reaction was HOLY. MOLY. We really didn’t have any expectation going in, so it was a nice surprise when Sense8 turned out to be utterly brilliant, a tour de force of sci-fi action/drama with a story fresh and skillfully wrought, seemingly over-ambitious, at first, then startlingly adept at dealing with the intricacies written into the plot. It’s going to be a long year waiting for season two! We might re-watch season one again as season two’s release date approaches; it’ll be good to refresh our memories of some of the story’s complexities. 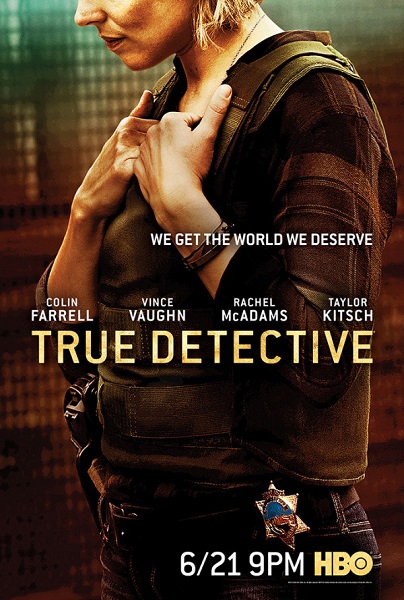 It’s been thrilling to finally sit before a new season of episodes that tell a new story in this excellent anthology series, but can I just say WTF, episode two?? Colin Farrell’s near-perfection in his role isn’t the only good and immediately evident thing about season two, but it’s the central thing so far, in my opinion. Just… really? That’s all I’m going to say. No spoilers here. 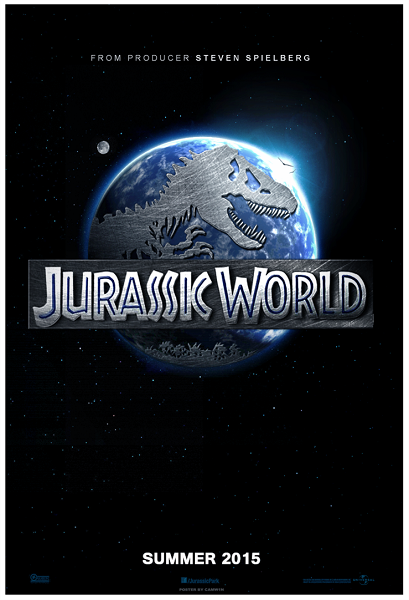 I actually deleted the paragraph I originally wrote about Jurassic World because I ended up digressing into a tangent that sounded more like a rant, and this is not the place for such thoughts. This is a place to highlight the Little Things I loved about June, so I’m just going to say (again) that I loved this movie. It’s a film with a plot that’s more or less a facade; it’s really just about dinosaurs and dinosaur-hybrids, particularly a monster in dinosaur clothing. This, to me, is the icing on the 2015 summer action blockbuster cake. A generous dash of visual sensationalism can sometimes have an anesthetizing effect, and Jurassic World delivered!

Now let’s get into some of the food…

As a peanut-butter junkie, I’m sensitive to the stuff; I feel like each brand has its own, distinct character. Somehow, they’re all different, even the ones that have the same ingredients. In past “Favorites” posts, I’ve talked about Whole Foods’ 365 brand, and, more recently, Justin’s. This one by Simple Truth is wonderful, too, with its rich flavor and ideal, creamy texture that isn’t too thick or thin. I’m loving it, and I’d definitely buy it again, but we now have two large jars of Costco’s peanut butter sitting in our pantry… they’re next up when this jar of Simple Truth’s is gone… so don’t be surprised if I come back in August reporting on how I noshed ecstatically on Costco’s peanut butter throughout July! We shall see. One can never have too many “favorite” peanut butters, as far as I’m concerned.

Why are these unsalted, roasted mixed nuts Extra Fancy? Only Costco knows. They seem pretty normal to me, and I was happy to find them in these enormous plastic jars. It’s like, my life is complete now… and now that I seem to be cured of my Costcophobia, we’re thinking we might have to join Costco, because what are we going to do once these nuts are gone? 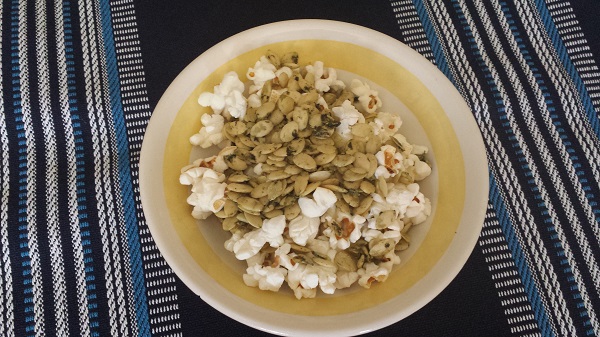 I decided to pour some of these seeds over my bowl of popcorn one day after work, and I’ve been hooked on the combination ever since. It makes a thoroughly satisfying marriage of delicate flavors and delicious salt and light crunch and crisp meltiness, and hey, could salty snacking even get more American than this? Popcorn and pumpkin seeds. Welcome to the New World!

Here’s what a part of our kitchen counter’s been looking like:

What can I say. I snacked my way through June. The bag of blue corn tortilla chips is off to the side, and yes, that would be a big BOX of Justin’s dark chocolate peanut butter cups in the back.

Guess why these weren’t included in that happy little group photo of the other snacks? Because, yes, we polished off this gigantic bag of chocolate in less than a week. (Thanks, COSTCO!) Well, they weren’t all that unhealthy… not at all, in fact… but it was just a lot of sugar. In June, I probably consumed triple the amount of sugar I normally eat, and that is not an exaggeration. I’m surprised I didn’t break out. (*knocks wood*)

Actually, between this and that 28-count box of Justin’s organic dark chocolate peanut butter cups that I was helpless to resist, we might want to re-think that Costco membership. I need a dark chocolate intervention.

Here’s an important distinction: I love the sun, and I love living in the sunniest spot in the U.S. of A. But I’m not a sun-worshipper. I’m a sunscreen worshipper. Sunscreen is the number one most important product that I use, and when I went cruelty-free, it became one of the most difficult items to replace. After making much effort with some varieties available in drug stores, I caved and went to Sephora to pick up this expensive sunscreen of Lavanila’s. It’s made for the face, and that’s what I needed… the sunscreens by the other cruelty-free brand I tried not only didn’t play well with make-up, but they also stung when sweat got in my eyes! Lavanila got it right with this sunscreen. It is outstanding.

This is my cruelty-free answer to EOS lip balms, which I’d loved. I keep the Burt’s Bees Vanilla Bean Moisturizing Lip Balm in my bag, and on my nightstand, I put the Burt’s Bees Ultra Conditioning Lip Balm with Kokum Butter, because I like a heavier lip balm for night… but I found myself reaching for this one more and more while getting ready for bed. For some reason, it works better for me than the one that’s supposed to be more moisturizing. Now, the Vanilla Bean is the only one that I use. I actually prefer it to EOS!

It was so hard to find good cruelty-free make-up removing products. e.l.f. to the rescue once again! (Huge e.l.f. product review post upcoming, by the way, once I can find time to do it.) e.l.f.’s make-up removing cleansing cloths are really good… and when I explored the shelves at The Body Shop, I found this waterproof eye make-up remover, which is not only fantastic, but it’s better than the ones I’d used that were tested on animals. See? If not for my resolution, I’d have never discovered these products.

That’s it for June. Bring on July! (Maybe less chocolate, though!)