Last week, it suddenly came to my attention that Callaghan, who’s almost my age and therefore spent his teen years in the 80’s, like I did, had never seen the movie The Breakfast Club. It was a remarkable revelation that made me blink in wonderment. How could he have escaped The Breakfast Club? Moreover, how could I not have known that the person I’d been with for five years had never seen The Breakfast Club? I never felt any particularly intense passion for the film, but all this time, I’ve duly acknowledged it as one of the most important films of that decade. Like it or not, The Breakfast Club largely defined the pop culture landscape of the 80’s, and it just never occurred to me that anyone could be ignorant of this, even if you’re French. Being a French person in France was no excuse for not knowing The Breakfast Club, especially since the most popular movies in France at the time were other American movies such as Raiders of the Lost Ark, E.T., Ghostbusters and Back to the Future. I was nonplussed.

It was like that time I found out Callaghan had never seen Fatal Attraction. I’d just assumed that anyone would get any and all references to deranged jilted lovers boiling bunnies, until a certain episode of Hart of Dixie happened and the truth came out. Callaghan may have passed the test to earn U.S. citizenship, but obviously, the test is lacking.

Anyway, last week, we were watching “The Runaway Club,” the most recent episode of Bob’s Burgers. The episode opened as a Breakfast Club parody, complete with a parody of the Simple Minds song, which instantly had me cracking up, which led to Callaghan looking at me quizzically, which led to my realization that Callaghan had no insight to the joke, which he confirmed upon being questioned. Yes, this was a grave matter, and it demanded serious questioning.

So on Saturday night, we sat down to watch The Breakfast Club. We were righting a wrong, and besides, I was curious to see how someone would react to the movie three decades after its release! (The movie came out in 1985. I graduated from high school in 1987. Callaghan graduated in 1989. There was no way he was getting out of seeing the movie once I found out he hadn’t seen it.)

Below, I’ve provided a run-down of Callaghan’s responses, which – unbeknownst to him – I recorded in real time.

Stage One: He’s bored and on the verge of falling asleep.

“Baby, so far this is extremely boring.” (Five minutes in)

(in spite of himself, he laughs at something Bender says)

“Huh. She reminds me of Edward Scissorhands.” (looking at Molly Ringwald)

Molly Ringwald in The Breakfast Club on the left. Johnny Depp as Edward Scissorhands on the right. NOT UNLIKE.

Stage Three: He accepts the reality that the whole movie takes place at the school.

“Seriously? The whole movie is about this scene?”

Stage Four: He gets drawn into it.

(laughs at something Bender does)

“Did she just squeal?” (about a sudden, high-pitched noise made by Ally Sheedy)

(laughs at Bender crawling above the ceiling)

(laughs when everyone’s getting stoned)

“They made her look like Ozzy Osbourne.” (looking at Ally Sheedy)

Ally Sheedy in The Breakfast Club on the left. Ozzy Osbourne on the right. NOT UNLIKE.

“Heheh, I thought exactly that!” (when Ally Sheedy says that her parents ignored her)

(laughs at Vernon saying to the janitor, “Do you think I give one rat’s ass what these kids think of me?”)

(laughs at something Ally Sheedy says)

“Yeah, that’s the exact opposite of Bender’s.” (When Emilio Estevez describes his dad)

“She’s going to put her tongue up her nose!” (about Molly Ringwald, who instead applied lipstick with her bra)

“SO WHAT CAN YOU DO?” (Callaghan shouts at Bender)

“It’s funny that Brian is way taller than all of them.” (When the three guys are dancing to “We are Not Alone” in the dance scene in the library)

So, what have we learned from this?

Callaghan’s conclusion: “That was cool. It took a little time to go somewhere, but that was really cool. That’s a movie they could make a re-make of. I mean, watching this, of course, we know it was there. That was us in high school. Not that kids in high school today are any different, but they have phones… I mean, they’re different today. But that’s why they should do a remake. Things are different today.”

My conclusion:  I never realized before that to me, at least, Bender and Vernon are the only character-characters in the movie. In my notes, I called them “Bender” and “Vernon,” while I referred to the other actors by their actual names.

I loved the Bob’s Burgers parody, by the way, even though plot-wise, “The Runaway Club” strayed from The Breakfast Club pretty far between the opening and ending of the episode. Excellent tribute!

The Breakfast Club – dancing in the library 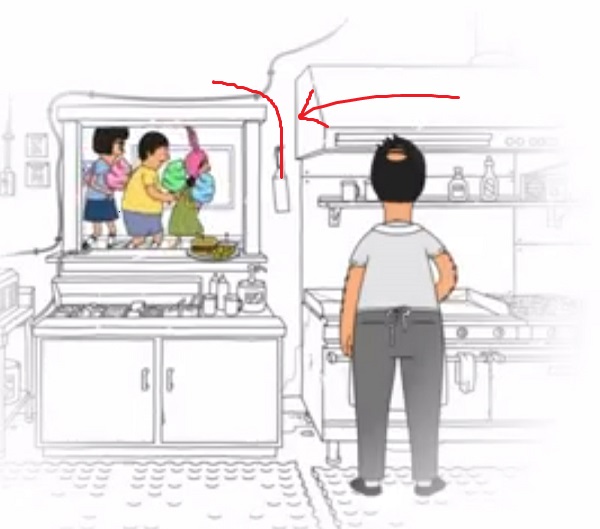 Thank you to Callaghan for watching the movie with me. I know you weren’t into it at first, so I’m glad you ended up enjoying it!

On that note – Happy 30th Anniversary, The Breakfast Club! We agree that you’re basically timeless.