Q: How to tell when it’s time to let go of that favorite sweater?

A: It will tell you. In no uncertain terms. 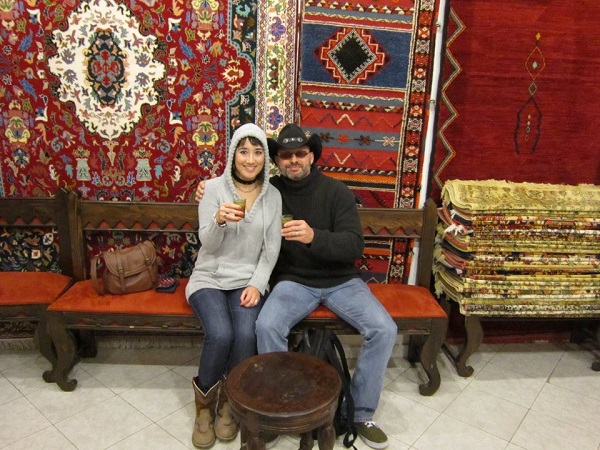 The sweater in Casablanca, Morocco

Like most of my favorite articles of clothing, it was gray. It felt like it was tailored to me. I loved the length of its sleeves. I loved that it was cozy, but light enough to wear comfortably in mild weather. That it had a semi-deep V-neck. That it was fitted, but not too fitted, so it could be layered over or beneath other garments. I loved that it was cut long enough to drape over the upper thighs, and that it had a kangaroo pocket on the front. It had a hood long before the word “hoodie” was invented to reference a sweatshirt cut in that style.

It was soft and fuzzy and thin and cozy. It was just the perfect, all-purpose sweater I reached for more than any other sweater, ever.

I really hate talking about this sweater in the past tense.

On Friday, my dear friends, it finally announced its retirement. It did this by dropping dead, and it was gruesome.

(I just hung it there for the pic; I don’t actually hang clothing in the hallway)

Half-way through the day on Friday, we were in the car, and I looked down at my bag where it was resting on my lap. The black nylon bag was festooned with pale gray fuzz, and I mean, not even a little bit. It was covered. There’d been a gray fuzz explosion.

At first, I didn’t know what I was looking at. Then, as I was pointing it out to Callaghan, I realized that my bag was wearing sweater bits and pieces. After hundreds of washings in over 10 years, the sweater finally gave up its fuzz.

I didn’t take a picture. It was a violent textile crime scene, and I thought it would be in bad taste. I didn’t want to be opportunistic.

As I was turning the bag over to assess the extent of the carnage, I happened to see that my seat belt, too, was coated in sweater. I looked around at the sides of the seat: more fuzz. The inside of the door: yet more fuzz.

“Your sweater is dead, Baby!” Callaghan said, sounding too cheerful.

We got to Trader Joe’s and went inside. I stopped to brush something off my cheek. It was a piece of gray fuzz. Callaghan found more fuzz in my hair, which he gallantly removed.

In the store, I picked sweater fuzz from the eyelashes of my right eye.

Hours later, at home, the inside corner of my left eye felt itchy. I reached up to rub it, and my fingertip met with something fluffy. I pinched it and extracted it.

“Look!” I said to Callaghan. “There was sweater fuzz in my eye.” I’d already lint-rolled my bag, and I’d changed clothes, too, so the source of the fuzz was nowhere near.

The sweater with thinning fuzz.

The next morning, we went to the gym for Saturday BodyPump. I was excited; I was feeling well enough to return to Pump after two weeks out with painful medical issues. We got there early, so I attempted to take a gym selfie, which failed, as usual. But while I was trying, I noticed my jacket.

I’d lint-rolled my bag, but I’d forgotten to do the seat belt.

So it was a sad weekend. I literally wore the hell out of that sweater. It’s not wearable enough to donate, but I can’t bring myself to throw it out, either, so it’ll join the few other articles of clothing stashed away in my sentimental value clothing mausoleum.