I last came to you with an official writing update on August 4. It’s one month later, and I’m back to report my progress, as promised. This is where I fill you in on big-project writing developments, with numbers and everything. (SNOOZE-FEST WARNING for those not interested in dry details.)

So let me tell you where we stand.

Last month’s challenge/goal: to “control the pace and manner of unraveling” in this final stretch of the project.

This month’s challenge/goal: having gotten a grip on last month’s, I’m now focusing on creating and sustaining the tone and mood I desire for the completion of the story. At this point, I want to demand more from you, the reader. This means that I have some intensified atmospheric building to do. In other words, I’m ramping it up.

(When I started this project, I had no idea that I was essentially writing a mystery novel, of sorts. But here we are.)

Last month’s completion status: my word court as of August 4 was 56,952. My goal word count, I said, was “a moving target.” I was done trying to nail down a goal word count; I speculated that I was between 80% and 90% finished.

This month’s completion status: I’m back on the word-count train! Surprise! I didn’t think I’d bother with this nonsense again, either… but I did some projecting, which is much easier to do at this point, and I came up with a rough estimate. I believe I’ll land somewhere in the neighborhood of 75,863 words. This means that the project is about 84% complete. (I will not be changing this word count goal again. It’s a rough estimate, and I’m leaving it at that.)

Breaking it down: I currently have 64,462 words. Roughly 2,137 of those words belong in future chapters (I tend to write ahead a little bit, now more than ever), so about 3% of my 84% completion is made up of future content.

I’m also projecting that I’ll have this first draft completed by the end of November. 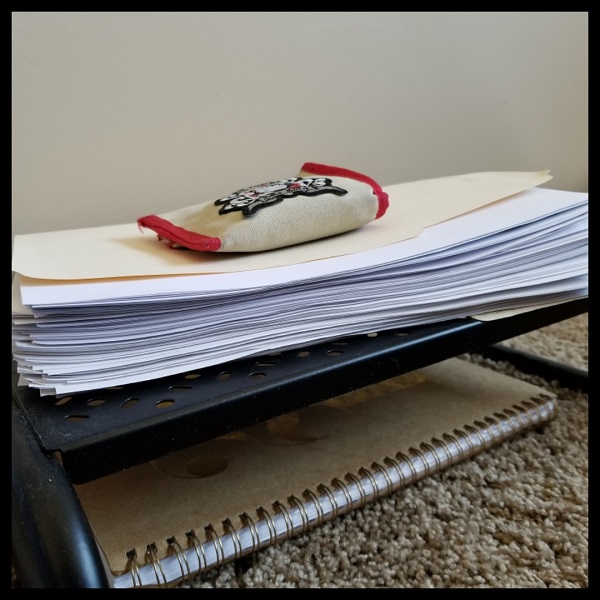 So that’s where we stand! Thank you for reading and for sticking with me, as always.