Welcome to a new week! I hope you all had a good weekend. I’m continuing to update on our A/C saga, as some of you are interested… and on that note, I’m still taking requests for posts here. Just a reminder!

When Callaghan says that I’m fearless – he says it’s the quality about me he admires the most – I think about it, and I get why he sees me that way. I seem to have a high threshold for fear; a lot of what’s traditionally scary doesn’t break me. I’m not a fearful person, but as many of you know, I do have some irrational fears (aka phobias). This brings me to I FOUND A DEAD ROACH IN MY SHOWER on Sunday night.

I was just about to get in when I saw it. It was lying on its back, which to me is just as horrifying as a roach racing around with its spiny legs making those demonic scratching sounds on the floor.

The attic. The attic is hot, and it’s open to the hallway on account of WE HAVE NO CEILING.

What evidently happened was the roach came down from the attic through our ceiling-less hallway and went into the master bathroom shower to die. I’m glad I saw it before I stepped into the shower, or I would’ve died, too.

The A/C guy said that the attic is hot because that’s how attics work when it’s merely warm outside. Our pest control people confirmed that dampness in the attic would create a hospitable environment for roaches, even though roaches don’t usually inhabit attics. (Thank you, swamp cooler of yore.)

Now we have the following lined up for the next two weeks, starting tomorrow: contractor to re-build the ceiling, A/C guys to finish the A/C, pest control to dust the attic, insulation guy to blow in new insulation, and roofing guy to patch the roof. Suddenly, I’m 100% okay with all of it. No complaints! If none of this ever happened, we never would’ve discovered roaches in the attic. I don’t think we’re talking full-blown infestation here, but a few roaches are a few too many.

Within an hour of finding the dead roach in the shower, Nenette found another roach. This one was alive. I was sure that if there were two roaches in the house at the same time, then there would be more, and guys, I would rather face Freddy Krueger in my dreams than wake up to the real nightmare of finding a roach in the house.

So the next day, with some much-appreciated help, I cut open some 45-gallon plastic garbage bags and taped them up over the exposed attic. The contractor was supposed to come the following day, but he canceled due to family emergency. He’s rescheduled for tomorrow. It’s going to be great to have a ceiling again!

Let me tell you, I seriously considered sleeping in jeans and combat boots on Sunday night so I wouldn’t feel phantom roaches (much less real ones) skittering up my legs. I’d occasionally crash for naps with my boots on in the army. It works just fine.

Since I’m not about to search for a roach pic, I’m giving you Freddy Krueger, instead. 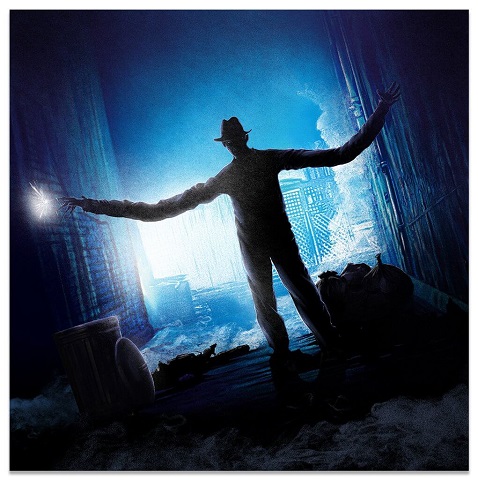