Halloween is three days away! I’m all the way into it, starting with the music I’ve been listening to the most. The Halloween 2020 playlist I put together on Spotify is short and basic, but it does the job.

Let me tell you what music really spooks me, though. (Because there’s music for enjoyment, right, and then there’s music for getting creeped-out.) I discovered one playlist out there that makes my spine sweat ice, and that would be “Blair Witch (Original Motion Picture Soundtrack).” I don’t know whether you have to have seen The Blair Witch Project in order to be provoked by the film’s soundtrack album, so I can’t say objectively that it’s a spooky set of sounds. How about for a fun Halloween experiment, click “play” on the soundtrack I’ve handily provided here and just have the sounds going in the background as you do your things.

Let the festivities begin, yes? No? I find it to be spooky, anyway. I love this soundtrack. It makes me want to watch The Blair Witch Project again.

As for dressing up, why yes, I have a Halloween costume this year. I won’t say what it is yet, but I took a pic of these props: 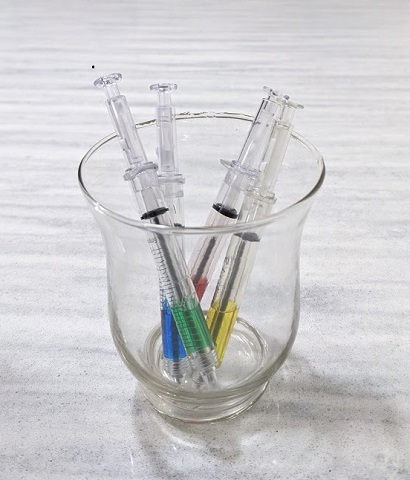 And about today’s films, already!

To my exaggerated dismay, only two Short Horror October blog posts remain in this year’s series. There’s this one and there’s Saturday’s and that’s it for 2020. I’m going to double or triple the films in these remaining posts so I can share more with you. Two of the three I’m posting tonight are short-short. Let’s start with those!

Together, these first two films amount to a mere six minutes. I’ll start with The Rickety Lady, Gore score: 1. Run-time: 2:30.

Moving on to our superb feature presentation, we’ve got Skickelsen. If you’re not Swedish, you’ll want to turn on Closed Captions, as this is a Swedish film. You might want to dim your lights, too; this short film is dark in its lovely Scandinavian noir way. Gore score: 1. Run-time: 13:51.