Ronnie James goes in for another surgery today. We’re dropping him off in about two hours, at 7:30am.

This development resulted from yesterday’s trip to the vet, when it was found that fluid has filled his pleural cavity again. His chylothorax persists with an aggression that’s frightening. A chylothorax-specific surgery might be able to stop the process; it’s actually a combination of procedures: Thoracic duct ligation plus pericardectomy. This is our next step, and it’s our last.

We were told that the success rate for this surgery is 80% for cats, which is encouraging… but we’re not sure if the Wrah-Wrah will have a chance to try for those odds. We won’t know until Dr. M. opens him up today and examines him. If the developing pleural fibrosis (a complication of chylothorax) is still mild enough to be survivable, Dr. M. will move forward with the surgery. If the pleural fibrosis turns out to be beyond-hope bad, on the other hand, he’ll drain Ronnie James’ chest for the last time and close him up. We’ll have the “end of life” discussion. It will be time to address the details of The End. 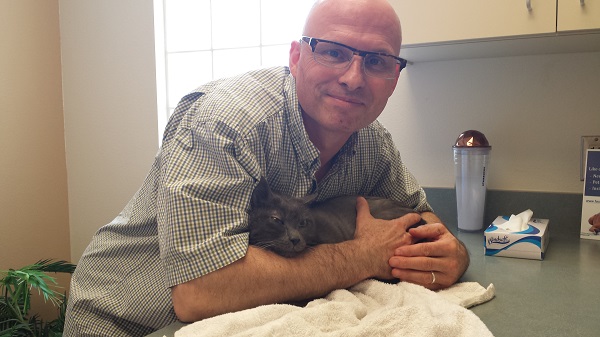 Thing is, Ronnie James has been doing so well outside of his bizarre, catastrophic emergencies. You literally only know half of it, because I haven’t yet written about the other half. I will, at some point soon. It’s just… the other day, I joked to Callaghan that “Wrah-Wrah is going to outlive us both long after he sends us into cardiac arrest with his near-death episodes.”

We’ve been on the WrahWrahCoaster going 500 miles per hour for months, and sometimes, it’s like we’re barely strapped in. The relentless and extreme ups and downs have been exhausting. 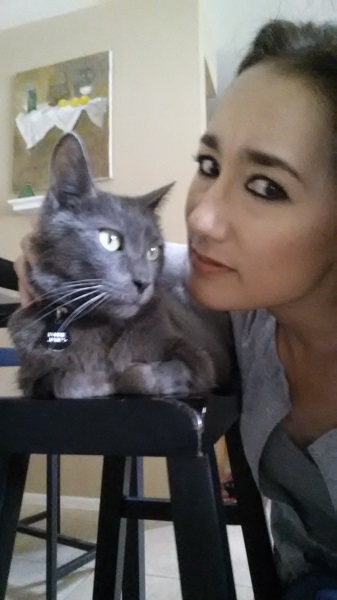 With the Wrah-Wrah at home, after our appointment.

So today, we’re trying for this final possible solution.

We’re glad that Ronnie James had such a good weekend this last weekend. He looked better and seemed to feel better than we’d seen him since, well, maybe ever. All weekend, we enjoyed an unusually alert and active Wrah-Wrah, who was everything a healthy Wrah-Wrah should be – he was hungry and thirsty, playful and talkative, and just as flirty and affectionate as ever. He stayed close to us, wherever we were. He’s our bright little lovebug, and we’re going to give him every chance at survival we’re able to give him… and we’re so grateful that we’re able to give him these chances.

Here are some pics from the weekend:

The Wrah-Wrah looking so alert! You can see the wheels turning in his head, too.

The Wrah-Wrah’s poodle-like cut is growing out. When the fur on his back is ruffled, it looks like a mohawk from this angle.

Now that his fur is growing out from his last surgery, he’s cultivating kind of a faux-hawk on his left side. Depending on where they shave him this time, we might bring him home with a full-blown ‘hawk!