Have you ever spent your eagerly anticipated 2017 Grand Sumo Tournament catch-up marathon rooting for the one competing champion only to discover, more than halfway through the 15-day September event, that he’s since embroiled himself in a scandal that would lead to his announcement of an untimely retirement?

It’s hard to hang onto the excitement of rooting for a guy once you know what will ensue after the event.

You’re a newer fan of the sport, but you’re aware of past sumo scandals and sumo’s involvement with the Yakuza; the history of shady incidents and cover-ups in the sumo world makes it hard to know what to believe amid various conflicting reports.

So there you are, catching up on September, when you suddenly learn – in the worst of spoiler alerts – that your guy won’t be completing the upcoming November event. Instead, he’ll conclude his honorable career with a sudden exit due to scandal. You’ve only known him to be a gentleman in the sport.

Thus, the sizable hairy underbelly of the sumo world emerges and casts a shadow over your fledgling fandom. 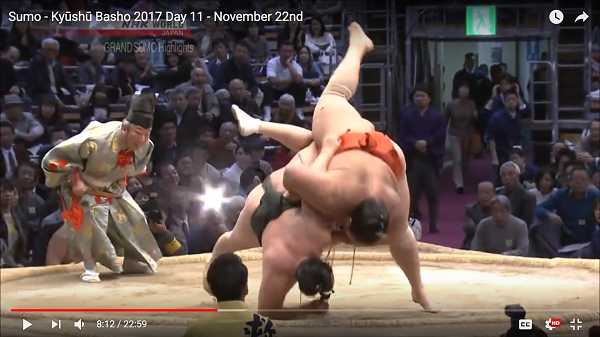 Despite sumo’s formal traditions and traditional designation as Japan’s national sport, it turns out to be just like any other combat sport – or any professional sport, for that matter.