We wish we weren’t THOSE PEOPLE on your flight, but we are. We’re sick. Not only that, but we’re the worst kind of sick for flying – we’re coughing. Yes! Surprise! We are your in-flight airborne virus carriers… and we’re so sorry. It’s been cold and rainy here, and we caught this bug (of the sore/scratchy throat, coughing, losing our voice variety) from a neighbor just this last week. The timing couldn’t be worse, we know.

We’re uncomfortable, but we’re more concerned about you than about ourselves, really. It’s just unfair to have to sit on an airplane with sick people. Believe me when I say that we’ve been trying to speed up the healing process for your benefit. We’ve been to the doctor, who put us on a variety of medications. We gargle with hydrogen peroxide twice a day, trying to kill germs in our throats, and we’re taking lots of vitamin C. We’ve been eating fresh oranges. We’ve been drinking lots of water. We’ve been huddling up to the kerosene heater, keeping as warm as possible. We’ve also been resting a lot… even while having to get so much done in our last days here.

Laughter heals. We tried to watch the new Arrested Development, but so far, it’s failed to make us LOL (we gave it a good three-episode shot), so we’ve put that on hold and settled back into Hart of Dixie, which had started to drag a little toward the end of season one, but has blossomed into a fluffy delight in season two. It’s coming through with exactly the simple, cute lightness we need right now! And we love Rachel Bilson, who we think possesses good comedic timing and resembles a young and even prettier Brigitte Bardot. (Our opinion!) 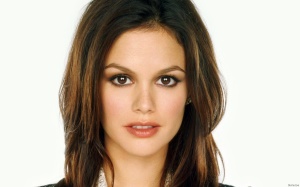 So we’ve been trying. But we’re still coughing. You will give us dirty looks, and we will understand. We’ll try not to cough in your direction; we’ll keep our heads down. We loaded up our tablet with a zombie movie: Warm Bodies. Nothing like a zombie movie for traveling! That, and Kit-Kats.