Happy Birthday to Callaghan! We would have celebrated all weekend, but he came down with a case of food poisoning that knocked him on his behind pretty good, the poor guy. We canceled everything and holed up here at home. It’s a relief to see him feeling better again. Food poisoning, ugh.

One thing about Callaghan: he has a unique gift for enriching my life and keeping me on my toes with his often random, always unpredictable, documentary-inspired thought ramblings (of the likes I haven’t shared with you in a while).

Here’s one from recent days… he was in his studio, listening to a documentary about the history of the British monarchy, and I’d just wandered into the room:

“I don’t understand about the NFL,” he said in his usual out-of-the-blue way. “Don’t you think that, knowing the percentage of the population that’s gay, it’s weird that anyone would be shocked that some footballers are gay?”

“Football players play in the NFL. Footballers play soccer. And I agree… it’s beyond me why anyone would care whether football players are gay or straight.”

We’ve had variations of this conversation before.

But I was perplexed, as I often am at these moments of interaction with Callaghan.

“What led you to think of gay football players in the NFL?” I wondered out loud. “You’re listening to a documentary about the British monarchy…”

“OH, I don’t know, I guess I was thinking about it before because of that one guy… wait, oh yeah, it IS because of the documentary! It’s because of King James the First.”

“No, the documentary didn’t say he was gay.”

“Well, yeah, King James was married, but he didn’t really care for girls… he wasn’t famous for having affairs like the other kings were. I guess that was my train of thought. And then I thought about them in the locker rooms,” he explained.

“…and they did say that he preferred male company. They didn’t actually say he was gay, though. But yeah, that’s what got me thinking about football players.”

That clears up that mystery! 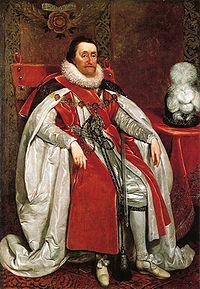 And now that it’s Callaghan’s birthday, we can go back to being consecutive ages again rather than appearing to be two years apart. (He enjoys saying that I’m a cougar, but being older than him by 14 months does not a cougar make.)