Good morning! I have a few announcements.

One: Next week’s posts will come at you from a different time zone, as we’ll be visiting family and friends in France. I plan to post on Tuesday and Friday at around the usual time, so we’ll see how that works out. Also, I’m thinking there’ll probably be more images here than writing next week. I’m not anticipating having much time to write while we’re overseas, but I know a lot of pictures will be taken! 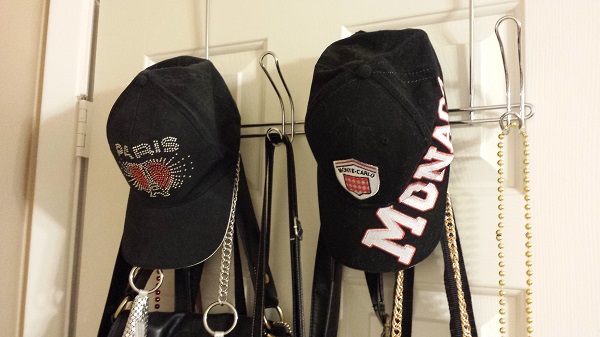 My hats from France, collecting dust on the back of a door, as black hats do.

Two: Today is my brother’s birthday. Happy birthday, Bro! (Trivia: Callaghan and my brother are the same age almost exactly. They were born in the same year, 10 days apart.)

Three: Today is also the 17th anniversary of the opening day of The Big Lebowski in the United States.

LET US TAKE A MOMENT.

17 years ago today, the Coen brothers introduced Americans to The Dude. Can you believe it’s been that long? I can’t.

“The Dude abides.” That three-word quote is genius. The Dude’s paramount personality trait is being laid-back to the point of almost-apathy, but rather than being apathetic, he’s just free of constraints (especially self-imposed ones)! He does care, in his way. He teaches us how to live in moment, and how to prioritize. For example, getting thrown into a police car is secondary to the more immediate and pressing concern of the beverage in his hand that’s in danger of spilling in the process. It’s easy to see why some of The Dude’s admirers would take it upon themselves to create a religion (Dudism) after the sub-cultural icon who embodies “go with the flow” to the point where he simply abides.

I’m not cool enough to exist in a perpetual state of moment-by-moment abiding. In addition to roaches and Costco, my two legendary hang-ups, I can think of several things by which I cannot abide. In honor of the Dude, He Who Has Been Abiding for Seventeen Years Today, I will present you with those things.

I CANNOT abide by:

4). Doing the ginga to Thai music instead of to Afro-Brazilian capoeira music. (This is my only Les Mills annoyance. Would it be so hard to throw a birembau into that Body Combat music tracklist, Les Mills?)

5). The little “silica” packets you find in such things as new bags and outerwear pockets.

And on that note, I’ll wish you a Happy Friday!

2 thoughts on “Today is March 6th, and this is significant.”